Moving? Get Rid of the Plastic in Your New Home

Massachusetts is rife with colonial architecture and history. Specifically, over 50,000 historic homes currently stand across the state. Many were built before the American Revolution.

Check out this list of some of the most interesting historic houses around Boston. The first floor of the Sunflower House stands out thanks to bright yellow stucco. The red, English-style shingles on the roof add to the color. Even a large sunflower carving sits a story above the front door. This beautiful home brings color to the Beacon Hill neighborhood in downtown Boston. Nichols House is located in Beacon Hill at the heart of Boston. Suffragist and gardener, Rose Standish Nichols, originally owned the home.  Built in 1804, the home was renovated in 1830. Currently, it functions as a museum. 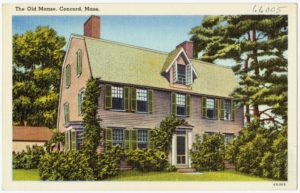 Old Manse was constructed in 1770. Writer and transcendentalist Ralph Waldo Emerson, was its famous resident. Located just outside of Boston in the town of Concord, Emerson’s famous essay ‘Nature’ was first written on the upper floor of this house. Constructed in 1759 in Cambridge, the Longfellow House was once the headquarters of George Washington. In fact, Washington used the house as a headquarters for one year during the Siege of Boston. It’s view of the Charles River remains one of its defining traits. 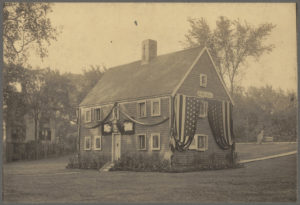 Built in 1661, the Jame’s Blake house is the oldest house in all of Boston. Later, in 1896, the house moved about 500 feet from its original location. The home changed hands many times since its constructed, but is currently owned by the City of Boston. The home also sports a unique Western English architectural style rarely found in the region. Built in 1680, this house is the oldest in downtown Boston. It was home to Paul Revere, whose midnight ride remains a cornerstone of American history. That’s why in 1961 the home was declared a National Historic Landmark. It opened for public tours after $4 million dollars of renovations. Located just outside of the city in Waltham, this house is the former country estate of Robert Treat Paine, a lawyer and philanthropist. Completed in 1866, this house sits right next to the Lyman Estate. In fact, Paine’s wife, Lydia Lyman, formerly owned the estate. Later, in 1972, it opened to the public as a park. Although these homes are quite far south of Boston, they boast undeniable charm. Located on the island of Martha’s Vineyard, the Oak Bluff’s Gingerbread Houses are a collection of 318 Carpenter Gothic cottages that were formerly Methodist camp meeting houses. That’s why the entire area is a National Historic Landmark District.

If you love the beautiful historic homes of Boston and its surrounding towns, why not live in one yourself? You can find hundreds of historic homes in the Boston area, just waiting for a new owner. For example, listed historic homes can be found at Barret Sotheby’s, Cabot and Company, or Historic Homes Boston. Furthermore, a more general database of all available historic homes in Boston and around Massachusetts, is located at Antique Home’s sales directory.

This entry was posted by rhunt on Wednesday, May 29th, 2019 at 11:40 am and is filed under Boston Moving. You can follow any responses to this entry through the RSS 2.0 feed. Both comments and pings are currently closed.