6 Reasons to Move to the Country

On The Move: Boston, MA

BACK TO MOVE PLANNING CENTER
Tips for Moving Outdoor Gear

You might think that city living is where it’s at. However, cookie-cutter suburbs and grey concrete shopping malls have lost their luster for a growing faction of the population. Cities have it all; restaurants, bars, escape rooms, and more festivals than a person could ever attend. But what if the fast pace of urban life isn’t for you?

Olympia is seeing a trend of our clients ditching city living. Many individuals and families are skipping right over suburban living and heading out to rolling hills and lush forests. Have you considered leaving downtown? Well, here are a few reasons a move to the countryside might be good for you. 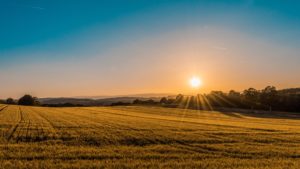 Sometimes, the real key to reducing stress is simply doing less. Although that sounds difficult with the responsibilities of work, family, and friends, it actually has a lot to do with where you live. It can be hard to say no to things when you are surrounded by the activity of the city. A birthday party at your friend’s favorite bar, an art festival, a new restaurant opening up that you have to try…the pressure of “doing” can creep up on anyone.

Some cities require you to pay an arm and a leg for a space not much bigger than a closet. While the median rental price outside of the city tends to be higher, the trade-off comes in sheer square footage. Space versus price become especially relevant in cities like New York and Los Angeles, where rent prices have long been a matter of public protest. Outside of those cities, the average individual is much more likely to get more bang for their buck.

Forget air pollution–cities are also home to the largest amounts of light and noise pollution. Light pollution refers to the ambient light put off by human activity in cities. Lamps, cars, billboards, sky lights, and any other source of artificial light contribute to light pollution, which dims and dulls our view of the stars and messes with our Circadian rhythms. Noise pollution works in a similar way, except it can have even more adverse affects on mental health, sleep, and focus.

Countryside living strips away these forms of pollution, as well as a majority of physical pollution like trash and fumes.

Numerous studies have proven the positive benefits of being outdoors. Country living bucks the air pollution and crowding of cities in favor of rolling green spaces and cleaner air. It opens up the opportunity to explore outdoor hobbies and bring along any gear that’s been collecting dust.

Although many cities have become the home of vegans, vegetarians, and organic eaters, the easy way to get fresh food is to live where it’s grown. Local farms are gaining ground against large agricultural firms. Many local farms offer CSA (community-supported agriculture) programs that allow you to sign up to receive a weekly selection of produce for just you or you and a group of friends.

Although cities are known for the diversity of their communities, country living offers a different kind of community. Though you may not be able to find the sheer variety of groups, living with less creates a community of more. Small towns are tight-knit by definition and come with their own set of traditions for you to become a part of.

City livers need to know how to parallel park and use the subway. Moving away from the city means that you get to learn a new set of skills. Depending on how you live, it could be attaching snow chains to your tires or learning how to care for a yard. Having your own patch of land offers the potential for a garden. Olympia has a few tips for gardening beginners. Looking to add to your collection of furry friends? Country living doesn’t suffer from the restrictions of a city apartment. It doesn’t have to be just furry friends either. Throw in some feathers with a coop of chickens and start your days with your own fresh eggs.

You don’t have to travel abroad to see the world through new eyes. Where we live affects how we see the world. Even if you find that country living isn’t for you, the experience of trying it will leave you with a new perspective.

Move to These Great Towns

Here are some of the popular country towns Olympia moves families to:

Considering a countryside move? Contact Olympia Moving and Storage at 800-222-4744 or get an instant moving estimate!

This entry was posted by rhunt on Tuesday, June 25th, 2019 at 1:42 pm and is filed under Moving Tips. You can follow any responses to this entry through the RSS 2.0 feed. Both comments and pings are currently closed.

How to Move a Home Gym

Moving during the Coronavirus pandemic? Here are some things to consider

How to Move a Home Gym

Moving during the Coronavirus pandemic? Here are some things to consider